mtv: _ “…But that’s actually putting it mildly, because as Levine reveals on Saturday’s episode of “When I Was 17,” the future Grammy-winner was totally freaking repulsive. “When I was 17, I was gross,” he admits on the show, airing at 11 a.m. ET/PT on MTV. “My hair was long and really ratty and nappy. [I wore] huge, oversize flannels that didn’t fit [and I had] a goatee. Like a bad version of Ethan Hawke in Reality Bites. Now that we know all of this, Levine’s current obsession with his hair begins to make sense. As he told us last month, he is very particular about who clips his locks and was sad to see his favorite stylist — none other than Justin Bobby of “The Hills” fame — give up his day job. “I don’t know quite how to say this — I’ve got to say this delicately — but the man is the most incredible hairstylist ever,” Levine said. He really is. Justin, you’re a genius. He cut all our hair for a long time, and then one day, mid-cut, he was like, ‘So I think I’m going to do this show,’ and it was called ‘The Hills…” (Adam Levine Admits He Was ‘Gross,’ On ‘When I Was 17’) 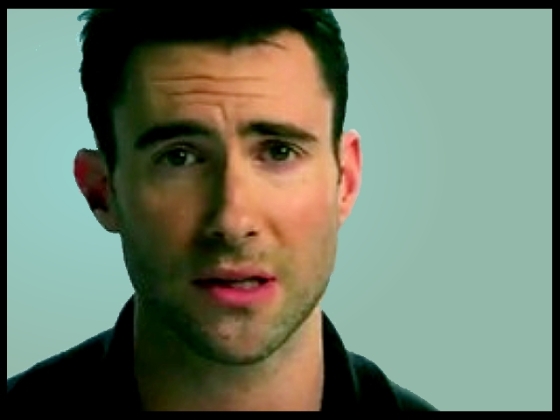 Advocate: – “…What’s always pissed me off about Idol is wanting to mask that, for that to go unspoken,” Levine said in the interview. “C’mon. You can’t be publicly gay? At this point? On a singing competition? Give me a break. You can’t hide basic components of these people’s lives. The fact that The Voice didn’t have any qualms about being completely open about it is a great thing.” In the interview, Levine is just as open about his own life. He talks about growing up in a liberal Los Angeles home, with parents who went to Berkeley, and how his younger brother, who is gay, helped shape his perspective. “I can singlehandedly dispel any ideas that sexuality is acquired,” he said, laughing. “Trust me, you’re born with it. My brother is gay, and we knew when he was 2. We all knew…” (Adam Levine Critiques Idol for Hiding Gay Life) 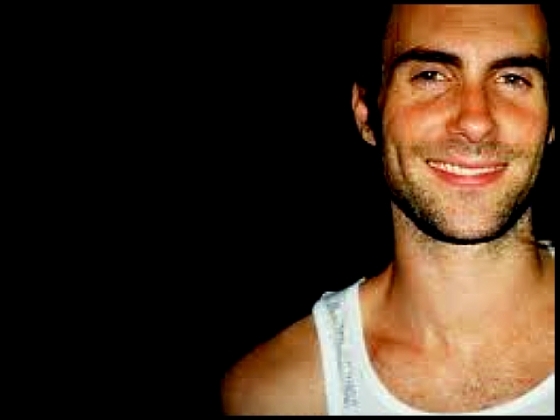 Adam Noah Levine (born March 18, 1979) is an American singer-songwriter and musician, best known as the front man and guitarist for the pop rock band Maroon 5. He is also a coach on the American talent show The Voice. …Levine’s ex-girlfriend Jane is the muse behind the name of the band’s debut album Songs About Jane. In a 2004 interview, he claimed that she had not contacted him despite the success of the album. They have since made up, and by 2007, Levine referred to them as being “close friends”. Levine is a “car junkie”, his favorite car being his 1971 Mercedes 280 SE 3.5 Cabriolet. In 2006, Levine broke his sternum while lifting weights, what he called “one of the most painful things I’ve ever experienced.” He began using spotters while lifting weights before giving up weightlifting completely when he began yoga in 2007. In September 2010, Levine said on the Howard Stern Show he had been dating Russian Sports Illustrated swimsuit and Victoria’s Secret model Anne Vyalitsyna seriously for about eight months. The couple met when Maroon 5 performed at the 2010 Sports Illustrated Swimsuit Issue release party in Las Vegas. Levine stripped naked for testicular cancer awareness for a centerfold in Cosmopolitan UK’s February 2011 issue (Wikipedia).

The Star: – “…My mom is so excited I can’t even explain it to you,” the Calgary native says on the phone from the Los Angeles set of Glee last week. “She’s just freaking out.” Here’s the real shocker: not that long ago, before he became known to millions as Finn Hudson, there was very little glee in Monteith’s life. He was, in fact, at genuine risk of being homeless in Vancouver. That came out in a conversation about a cause he backs: the push to create a National Youth Homelessness Awareness Day in Canada on Nov. 17. Monteith is a very committed spokesman for the cause, which is backed by Sir Richard Branson’s Virgin Unite “Re*Generation Canada” movement. Monteith points out that there are more than 65,000 homeless youth on the streets of Canada, and, yes, he was close to being one of them. After his parents split when he was seven, Monteith dropped out of school in Grade 9 and never went to university. For a while, he took odd jobs as a Wal-Mart greeter, roofer, even working at a car wash. His pursuit of an acting career took him to Vancouver, but he endured poverty and rejection. “I definitely experienced a marginalized situation. I was not homeless but I was definitely at risk.” Monteith was around 20 when things were at their low point. He says it was acting teacher Andrew McIlroy, who mentored him, gave him direction and got him passionate about an acting career. He also credits his “Vancouver acting collectives,” the other young hopefuls who provided family-like support. “That’s pretty much where I grew up, where I moved from one period to another, from treading water dangerously to really getting excited about something…” (Cory Monteith: I was on the verge of homelessness)

Cory Allan Monteith (born May 11, 1982) is a Canadian actor and musician best known for his role as Finn Hudson on the Fox television series Glee. In April 2010, Monteith was cast in the upcoming romantic comedy movie Monte Carlo. In May 2010, the cast of Glee went on a two week live tour with stops in Los Angeles, Phoenix, Chicago and New York City. The cast performed many hits from the show and had several skits between songs. On August 8, 2010, he co-hosted the Teen Choice Awards. Monteith hosted the Gemini Awards in Toronto on November 13, 2010. In January 2011, he shot the movie Sisters and Brothers with Dustin Milligan, and it was announced that Monteith is at the center of a new untitled workplace comedy, starring and co-producing (Wikipedia).